Suzi Manley tells us about recent sightings at !Xaus Lodge

“The big news of the moment is that we’ve had a remarkable ‘once in a lifetime’ spotting of two leopards at the Lodge. Not just tracks, and a fleeting sight, but proper sightings. Not much to tell. We’ve known they’re around but didn’t have a clue how many or which ones. And then the guests saw the male on their way back from their sunset drive one afternoon and got his picture, and the next morning early they were about to depart on their river drive when the female drank water at the birdbath you can see from reception. So hence the pictures that I could then send the Kgalagadi Leopard Project to see if they could identify them. 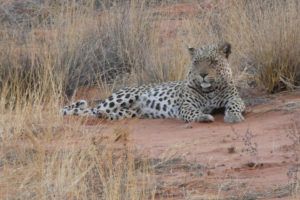 Figure 1  Urinanib, a male leopard, on a dune near !Xaus Lodge. Photo: Silvester and Sibylle Weber

So, we now know the male is Urinanib, possibly ousted from his territory in the Auob river by Botshelo, a young male, and apparently the female is a new leopard the Kgalagadi Leopard Project doesn’t know about yet. But the long and short is that they haven’t been seen by guides or guests at !Xaus Lodge since. Only tracks and the odd call. We think there’s a younger cub or cubs. Probably teenagers by now. But there were definitely more than these two we have seen. As usual, we don’t really want to make a biggie out of it as these cats are fickle and not seen often and creating expectations that cannot be met can be very disappointing.

Figure 2 A female leopard that roams with Urinanib, hiding under a deck at !Xaus Lodge. Photo: Silvester and Sibylle Weber

We cannot believe how things have changed because of the drought. We have Eland at our waterhole every single night – something not seen in the last 4 years. Eland. Go figure.  And those eland drink enormous amounts of water – so much so that we have to fill our waterhole every day at the moment. Between them and the Oryx we are struggling to keep up. Both sets of antelope come at night to drink – they like to start their meeting from around 10pm onwards.  It is a very formal affair with the Oryx retreating when the Eland arrive, to give those big boys their chance at the water.  Sometimes we see as many as 25 together in the dunes during the day. They are terribly skittish and run like the wind when they hear a car. 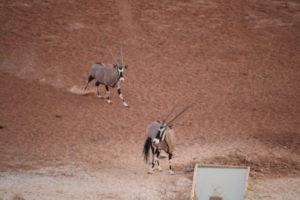 Figure 3 Oryx hurry to the water in the evening to get their drinks order in, ahead of the arrival of the thirsty Eland

We even had one of those incidents where an Eland walked to Sharon’s pump, drank too much and died right there – something I’ve read about – it apparently happens in times of drought.  A spotted hyena found the carcass and ate until he/she literally couldn’t move, lay down in the crib and just lolled there in the water – so full it couldn’t even blink. I thought the hyena was also dead until it managed to flick an ear and I could breathe and relax that we didn’t have to remove two carcasses from that area. It was both the funniest and saddest thing I’ve seen in a long while. And I’m so irritated with myself – I didn’t have the camera with me and was SO worried the hyena was dead, I clean forgot to take a pic with my mobile phone.

We have also noticed Kudu in the dunes along the road into !Xaus Lodge.  Just another strange phenomenon – and although they don’t come too close to the Lodge, we have had two wander onto our pan once – I think they were terribly lost and confused and disappeared rather quickly again. 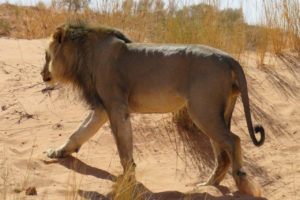 We also see aardvark more regularly lately. It seems that they come do their browsing a lot closer to the lodge now. Also, of late our regular lions have been terribly scarce – until a few nights ago when Curly (he’s called that because he has a curl at the end of his tail that cannot straighten) roared us all wide awake in the early hours.  But he walked off again yesterday and we haven’t seen him since.”